Court of Appeals Holds That No-Fault Plaintiff-Provider Was Not the Real Party in Interest, but Under Case-Specific Facts

By: Lauren A. Frederick

Only “the real party in interest” can maintain a lawsuit under Michigan law. Who’s the real party in interest in a no-fault case after an assignee medical provider is sold? The Court of Appeals’ decision in Southeast Mich Surgical Hosp, LLC v Farm Bureau Mut Ins Co of Mich (Docket No. 351298), reveals that the answer to that question depends on the evidence.

After it filed the lawsuit, SMSH was sold. Before the sale, SMSH’s majority owner was Surgery Partners, Inc. During discovery, SMSH designated a corporate representative to testify about billing issues and the at-issue services. The representative testified that Surgery Partners—not SMSH—owned the account receivable for the services provided to Wright because it was the majority owner of SMSH. He further testified that Surgery Partners remained the owner of all accounts receivable for services that SMSH provided before the sale.

Based on these facts, Farm Bureau moved for summary disposition, arguing that SMSH “lacked standing to pursue the case or was not the real party in interest.” Southeast Mich, unpub op at 2. In response, SMSH argued that it had standing and was the real party in interest because (1) it obtained the right to compensation for the services it provided to Wright through a valid assignment, and (2) an acknowledgment of the membership purchase agreement gave SMSH the right to pursue claims that preexisted the transaction.

The trial court granted Farm Bureau’s motion for summary disposition, concluding that SMSH wasn’t the real party in interest when it filed the lawsuit. After moving for reconsideration, SMSH appealed.

First, the Court explained that “MCL 600.2041 and MCR 2.201(B) require legal actions to be ‘prosecuted in the name of the real party in interest.’” Southeast Mich, unpub op at 4. “The real party in interest is one who is vested with the right of action as to a particular claim, or, as stated otherwise, is the party who under the substantive law in question owns the claim asserted.” Id. (citation omitted). This doctrine “is essentially a prudential limitation on a litigant’s ability to raise the legal rights of another.” Id. (citation omitted).

Next, the Court of Appeals concluded that SMSH failed to establish a genuine issue of material fact as to whether it had a vested right of action in the no-fault benefits at issue. The assignment and acknowledgment documents did not show that SMSH had an interest in the account receivable at issue. And SMSH didn’t identify any evidence in the record contradicting the corporate representative’s testimony that Surgery Partners owned the claim related to Wright’s services in full. Thus, the Court agreed that summary disposition was proper.

A Lesson for Litigants

Southeast Mich Surgical Hosp reveals the importance of leveraging the evidence—or lack thereof—on summary disposition. Farm Bureau prevailed because it highlighted deposition testimony stating that SMSH didn’t own the account receivable at issue, and it demonstrated that the evidence presented by SMSH didn’t rebut that testimony. Notably, the testimony wasn’t particularly thorough. Even the Court of Appeals noted that the corporate representative “did not provide further explanation on how this arrangement operated to immediately vest ownership of the assigned claim in Surgery Partners . . . .” Id. at 5. But the testimony was “the only evidence presented on this point.” Id. So it was enough to secure summary disposition.

If you have questions about real-party-in-interest issues in a no-fault action, please feel free to contact the author, Lauren A. Frederick. More information about Collins Einhorn’s General and Automotive Liability Practice Group is available here. 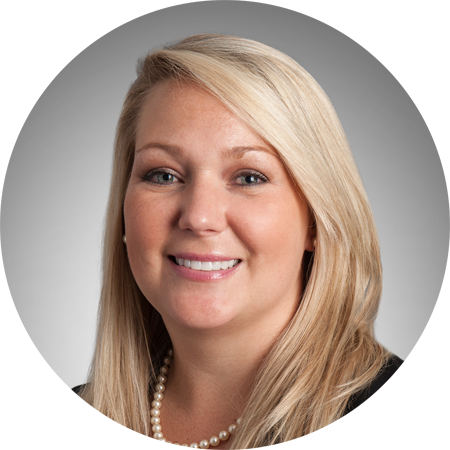