What happens, however, when a plaintiff service provider combines claims related to different and unconnected patients to satisfy the amount in controversy necessary to file the case in circuit court? The Michigan Court of Appeals recently addressed this issue in a published opinion, Mich Head & Spine Inst PC v Auto-Owners Ins Co (Docket No. 354765). The majority held that this was permissible—a provider can combine claims related to different patients to meet the jurisdictional threshold.

Michigan Head & Spine Institute PC filed a complaint against Auto-Owners Insurance Company and Home-Owners Insurance Company related to treatment allegedly provided to 39 people for injuries sustained in automobile accidents. The basis of Michigan Head & Spine’s claims was identical for each patient: it alleged that it provided reasonable proof of the fact and amount of loss to Auto-Owners and Home-Owners, but the insurers unreasonably delayed or refused full payment. Michigan Head & Spine claimed that jurisdiction was proper in Oakland Circuit Court because the outstanding bills for the 39 patients exceeded $200,000.

Auto-Owners and Home-Owners filed a motion for summary disposition, asserting that Michigan Head & Spine could not aggregate the 39 claims to meet the $25,000 threshold for circuit-court jurisdiction. In support of this defense, Auto-Owners and Home-Owners argued that there was no commonality between the 39 patients except for the fact that they received treatment from Michigan Head & Spine. The individuals were involved in different crashes that resulted in different treatment. In addition, the insurers’ reasons for partially or fully denying payment varied for each claim. And none of the injured patients were insured by both Auto-Owners and Home-Owners; they were only insured by one or the other.

The circuit court agreed with the insurers and dismissed all 39 claims for lack of subject-matter jurisdiction. Michigan Head & Spine appealed the dismissal. In a split decision, the Court of Appeals reversed the circuit court’s order and remanded the case for further proceedings.

MCL 600.8301 is the statute that gives district courts exclusive jurisdiction over civil actions where the “amount in controversy” is $25,000.00 or less. Although MCL 600.8301(1) does not explain how courts should determine the “amount in controversy,” the Michigan Supreme Court held in Hodge v State Farm Mut Auto Ins Co, 499 Mich 211 (2016), that the plaintiff’s pleadings establish the amount (unless there is a showing of bad faith in those pleadings). In evaluating Michigan Head & Spine’s complaint, the Court of Appeals majority found no evidence of bad faith in the allegation that the amount in controversy exceeded $25,000. Accordingly, the Court of Appeals held that Michigan Head & Spine satisfied the circuit court’s jurisdictional threshold.

The majority also explained that the trial court’s ruling was incorrect because it misapplied the holding in Boyd v Nelson Credit Ctrs, 132 Mich App 774 (1984). In Boyd, the Court of Appeals held that the circuit-court jurisdictional threshold cannot be satisfied by aggregating distinct claims of separate plaintiffs, but it can be satisfied by aggregating multiple claims brought by a single plaintiff. In this case, the majority concluded that Michigan Head & Spine was a single plaintiff even though it was seeking payment for treatment it provided to 39 individual patients. So the majority held that Michigan Head & Spine could aggregate its claims to meet the jurisdictional threshold.

The majority also rejected the circuit court’s reliance on Priority Patient Transp LLC v Farmers Ins Exch, unpublished per curiam opinion of the Court of Appeals, issued May 2, 2017 (Docket No. 329420). The majority observed that Priority Patient admits that plaintiffs can aggregate claims to meet the jurisdictional threshold while ruling that the specific plaintiff in that case (a no-fault provider) could not do so because that would undermine the rule in Boyd. Given the “logical dissonance” in that opinion, the majority concluded that Priority Patient was not instructive. Mich Head & Spine Inst PC, ___ Mich App at ___, slip op at 3.

Judge Michael J. Riordan dissented from the majority’s opinion and analysis, concluding that the circuit court lacked jurisdiction. Most significantly, Judge Riordan disagreed with the majority’s analysis and application of Boyd. He believed that “a no-fault action is materially distinguishable from the ordinary case in which a single plaintiff seeks to aggregate multiple, if unrelated, claims against a single defendant to satisfy the jurisdictional minimum of the circuit court.” Mich Head & Spine Inst PC, ___ Mich App at ___, slip op at 3 (Riordan, J., dissenting)

In support of his differing view, Judge Riordan relied on Moody v Home Owners Ins Co, 304 Mich App 415 (2014), rev’d in part sub nom Hodge, 499 Mich 211. Moody recognized that when an individual patient and that patient’s service providers sue an insurer to recover no-fault benefits, “‘the consolidated claims are the equivalent of a single plaintiff asserting multiple claims against a single defendant’” for jurisdictional purposes. Mich Head & Spine, ___ Mich App at ___, slip op at 2-3 (Riordan, J., dissenting), quoting Moody, 304 Mich App at 443. This is because “in no-fault actions, a healthcare provider’s claim against a no-fault insurer is derivative of the patient’s underlying claim . . . .” Id. at ___; slip op at 2-3. But Judge Riordan observed that Moody does not support the inverse conclusion (i.e., that a provider may aggregate multiple patients’ claims to satisfy the jurisdictional threshold). He explained, “[I]n no-fault actions, the Boyd principle that ‘aggregation of various claims of a single plaintiff’ is permitted to establish the jurisdictional minimum applies when the ‘single plaintiff’ at issue is the patient, not the healthcare provider.” Id. at ___; slip op at 3.

Applying Moody, Judge Riordan concluded that a no-fault provider that attempts to aggregate claims related to multiple patients is essentially attempting to improperly aggregate the claims of multiple plaintiffs in violation of Boyd and Hodge. Accordingly, he would have affirmed the circuit court’s dismissal for lack of subject-matter jurisdiction.

As a published decision, the majority’s opinion is binding precedent. It will remain that way unless the Michigan Supreme Court reverses or vacates it. In October 2021, Auto-Owners filed an application for leave to appeal in the Supreme Court. Parties and their counsel should keep an eye on whether the Court grants leave to appeal.

In the meantime, attorneys and insurers should be aware that, under current law, providers can aggregate claims related to multiple patients to reach the circuit-court jurisdictional threshold. Within this context, insurance companies and their counsel may wish to consider two strategies in cases with aggregated claims. First, to preserve the jurisdictional issue for appeal, they may wish to file a motion for summary disposition under MCR 2.116(C)(4), relying on the reasoning in Judge Riordan’s dissent and arguing that the majority came to the wrong conclusion. Second, insurers and their counsel should treat each patient as a separate case since the facts, treatment, damages, and applicable insurance policies may differ for each patient. In doing so, defense attorneys will need to carefully craft separate discovery requests pertaining to each patient in order to develop an appropriate defense. 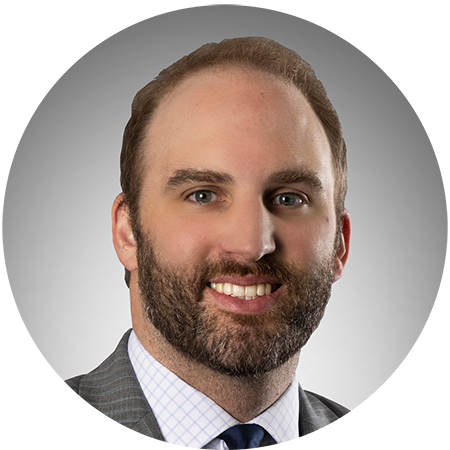