What Did You Say? A Claim for Defamation in the Internet Age

In Redmond v Heller, ___ Mich App ___; ___ NW2d ___ (2020) (Docket No. 347505), the Michigan Court of Appeals held that several statements made on the internet about a funeral home and its staff constituted defamation per se. In other words, the internet isn’t quite the freewheeling “Wild West” as is often depicted. You can be held accountable for what you say and publish online.

Redmond arose from the death of Theresa Heller’s 12-year-old son, Charles Wolf. Arthur McNabb, an employee of Redmond Funeral Home, received and prepared Charles’s body upon its release from the medical examiner’s office. McNabb did not work during Charles’s visitation or funeral. After the funeral, Heller discovered what she considered to be “outright lies” related to the investigation of her son’s death. So, she decided to investigate every person involved with the handling of her son’s body after his death.

Heller discovered that McNabb had been convicted of two counts of third-degree criminal sexual conduct involving a 15-year-old high school student that he met at a computer game store. The Board of Examiners in Mortuary Science revoked McNabb’s license following his conviction and imprisonment but reinstated it a few months after Charles’s funeral. Subsequently, Redmond Funeral Home’s board of directors appointed McNabb as the funeral director for one of its branches.

In August 2017, Martha Redmond, McNabb, and Redmond Funeral Home sued Heller, her brother, and Charles’s father. Among other things, the plaintiffs alleged that the defendants engaged in business defamation harming their business interests and posted online statements that constituted defamation per se.

A defamation claim includes four elements: “(1) a false and defamatory statement concerning the plaintiff, (2) an unprivileged communication to a third party, (3) fault amounting at least to negligence on the part of the publisher, and (4) either actionability of the statement irrespective of special harm (defamation per se) or the existence of special harm caused by publication.” Smith v Anonymous Joint Enter, 487 Mich 102, 113; 793 NW2d 533 (2010). A statement is defamatory if it harms the reputation of a person, lowering the community’s estimation of him or deterring other people from associating or dealing with him. Redmond, slip op at 13. Accusations of criminal sexual conduct constitute defamation per se. Id.

The Court of Appeals agreed with the trial court that the following statements were defamatory as a matter of law:

Redmond, slip op at 13. The Court reasoned, “A reasonable fact-finder reading these statements could only conclude that [Heller] was asserting that she had knowledge that McNabb was actively and presently hunting for teenaged boys in order to commit criminal sexual conduct, and that he was doing so at Redmond’s funeral home with Redmond’s knowledge and support.” Id. Correspondingly, there was no genuine issue of material fact that the “statements would so harm plaintiffs’ reputation so as to lower them in the estimation of the community, and deter third persons from associating or dealing with them.” Id. at 13-14.

Heller argued that her statements that McNabb was a pedophile were true because he was convicted of criminal sexual conduct involving a teenager, and all of her statements were based on information contained in police reports or located on the Michigan Sex Offender Registry website. The Court rejected this argument because the reports and website discussed acts that occurred more than a decade earlier. Heller’s posts, on the other hand, explicitly and implicitly asserted that she had actual knowledge that McNabb was continuing to violate the law, and that Redmond was facilitating his conduct.

What Does Redmond Mean for Social Media Users?

As a published opinion, Redmond provides important guidance regarding what constitutes defamation per se in the age of the internet. If you publish defamatory statements as factual assertions on social media, you may face a lawsuit. While it remains true that “everyone is entitled to their opinion,” Heller didn’t couch the four statements analyzed by the Court as opinions. They were framed as assertions of fact and actual knowledge that McNabb was actively and presently seeking to commit criminal sexual conduct at Redmond Funeral Home with Redmond’s knowledge and support. So, Redmond is a cautionary tale that social media users should distinguish between what they think and what they know when posting on the internet. 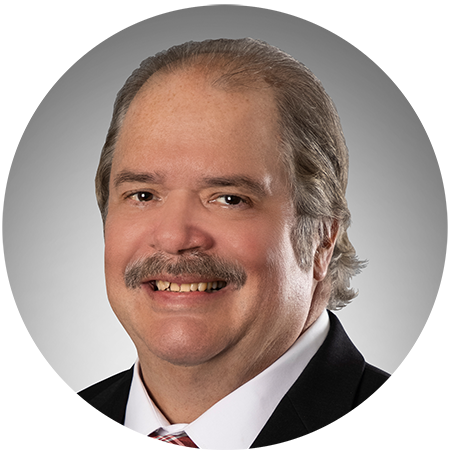