What Specifically is Required to Prove an Objectively Manifested Injury Caused by a Motor Vehicle Accident? Perhaps more than you’d initially think.

Last year, Michigan’s Court of Appeals issued three unpublished opinions that shed some light on how a plaintiff’s claim may fail to meet the Michigan no-fault tort threshold due to just a few, specific, missing pieces of evidence.

Certainly, medical records containing a diagnosis relating a plaintiff’s pain to the accident and disability certificates listing physical limitations are enough to establish an objective injury caused by an accident, right? What about a plaintiff’s post-accident MRIs showing the presence of disc conditions – that has to be sufficient to prove an objective injury caused by an accident? And of course, a doctor’s note establishing the presence of a cervical disc herniation after a motor vehicle accident is enough of a causal link between the accident and an injury, right? Well, in light of the three opinions discussed below, perhaps not.

In all of the three opinions, the Court of Appeals upheld the trial court’s dismissal of the plaintiffs’ claims because they failed to provide sufficient evidence of an objective injury caused by an automobile accident.

A plaintiff’s sole reliance on her subjective complaints of pain and self-imposed restrictions was no objective evidence of an injury related to an accident.

Jasmin Harmon was involved in a “chain reaction” automobile collision on the freeway while riding as a passenger in a vehicle driven by defendant Tomas Ewing. After she filed suit alleging claims of automobile negligence, the defendants filed a motion to dismiss the case arguing Harmon had not proven that she suffered a serious impairment of an important body function. The trial court granted their motion. The Court of Appeals upheld the trial court’s dismissal on the basis that Harmon failed to produce evidence of a serious impairment of an important body function.

The defendants established through hospital records, X-ray results, and reports from three independent medical examiners that there were no objective findings, or a physical basis, to support Harmon’s subjective complaints of pain. Harmon submitted various medical records and disability certificates from her treating chiropractor that indicated limitations with her neck and back, including a diagnosis that related the pain to the subject accident. She claimed this was sufficient to establish that she sustained a serious impairment.

The court held, however, that Harmon’s records still did not show any objective evidence of an injury that would have been a basis for her pain. The appeals court held that Harmon’s claim was properly dismissed because the only evidence she presented of an alleged impairment was her own subjective complaints of pain and self-imposed limitations.

A Plaintiff failed to prove she sustained a threshold injury without having medical testimony attributing the alleged injuries to an accident.

Laurie Whitaker was rear-ended while stopped at a red light. She refused medical attention at the scene of the accident and subsequently drove herself home. Her sister later took her to the hospital for alleged injuries to her back, neck, arms, and legs. Whitaker was admitted to the hospital’s “trauma service” for two nights. She underwent various tests, including X-rays, CT scans, and MRIs. She was discharged and diagnosed with an “acute strain of the neck muscle and lumbar stenosis.”

Whitaker subsequently filed suit against the defendants claiming automobile negligence. The Defendants moved for a dismissal of the case, arguing that Whitaker could not demonstrate that she suffered a threshold injury or impairment that affected her ability to lead her normal life. Whitaker’s medical records revealed an extensive history of back, hip, leg, knee issues, and medical conditions that prevented her from working and engaging in recreational activities since 2014.

The Court of Appeals upheld the trial court’s dismissal of Whitaker’s claims because, while the post-accident MRIs showed disc conditions, the studies did not establish that the accident had actually caused the conditions. The court reasoned that without medical testimony attributing Whitaker’s alleged conditions to the motor vehicle accident, she failed to show an objectively manifested injury, and her claim was therefore barred.

A note from plaintiff’s treating doctor stating that she sustained a cervical disc herniation after the subject motor vehicle accident was not sufficient to demonstrate a causal link between the accident and her injuries.

Blanca Sierra-Burkes allegedly sustained injuries when a truck driver for Troy Aggregate Carriers supposedly hit her with his truck while she was walking to her vehicle on the side of the road. Sierra-Burkes was taken to the hospital from the scene of the accident. A medical examination at the hospital revealed no evidence of any injury. Her X-rays and MRIs did not show anything that strongly correlated with her alleged pain symptoms. She ultimately ended up having a subsequent neck surgery due to her chronic pain.

After Sierra-Burke’s filed an automobile negligence claim, the Defendants moved for a dismissal of the case, arguing that Sierra-Burkes was unable to show that the incident had caused an objectively manifested injury. In response, Sierra-Burkes argued that her doctor had noted in her medical records that her diagnosis was a traumatic cervical disc herniation after the motor vehicle accident.

Given Sierra-Burke’s long history of chronic pain, combined with the lack of any physical evidence of an injury caused by the accident, the court concluded that Sierra-Burkes did not suffer an objectively manifested injury. They also believed that she failed to demonstrate any causal link between the incident and her pain in light of evidence that an independent medical examiner opined that she did not sustain an acute trauma and that her surgery was a result of degenerative and chronic neck pain. Moreover, the statement from her treating doctor in her records was not accompanied by any explanation or data, so the court believed it was insufficient to establish a causal connection. The court pointed out that the medical record merely stated that her disc herniation occurred after the accident and not that it was caused by the accident.

The Court of Appeals upheld the trial court’s ruling dismissing the case because it believed that Sierra-Burkes had not demonstrated a causal link between the accident and any chronic pain she allegedly suffered. 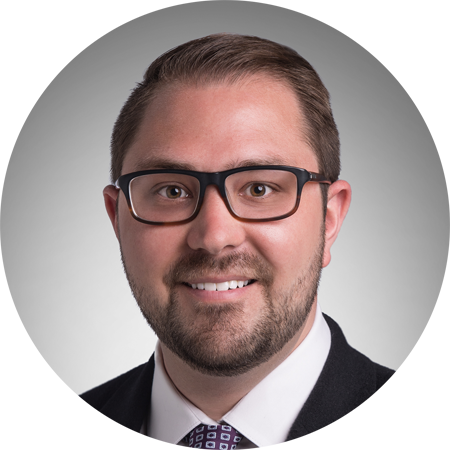