In every insurance claim, the paramount issue is whether there is applicable coverage for the claimed loss.  Coverage is key.  Without it, an insured may be exposed.  If coverage is applicable, the insurer may face varying levels of exposure depending on the claims.

Accordingly, when insurers seek to cancel an insured’s policy, it is vital that the cancellation is effective.  Failing to comply with the applicable law may put the insurer in peril should an incident occur after a purported cancellation.

With this backdrop, we examine Yang v. Everest.  In Yang, Everest sought to cancel an Yang’s policy by preemptively sending a notice of cancellation for failure to pay the required monthly premiums.  When Yang subsequently failed to pay on time, Everest believed the policy was effectively cancelled.

Unfortunately, the cancellation notice did not comply with MCL 500.3020(1)(b).  Consequently, when Yang was later involved in a subsequent motor vehicle accident, Everest was unexpectedly exposed.  In the wake of Yang, we examine the requirements for an effective cancellation of an insurance policy laid out by the Michigan Supreme Court, in order to safeguard insurers and protect against unnecessary risk and exposure.

Yang and Moualor were a married couple that purchased a No-Fault insurance policy from Everest Insurance Company.  The policy went into effect on September 26, 2017, after Yang made the initial premium payment.  Two weeks later, Everest sent Yang a “bill and cancellation notice” for non-payment.  The letter advised Yang that his second scheduled premium payment was due October 26, 2017, and his policy would be cancelled if he did not make the payment on time.

At the time the notice was mailed, Yang had made all required payments.  However, he did not make the October 26, 2017, payment.  Everest then terminated his policy the following day.  Following cancellation, Everest sent a second letter to Yang offering to reinstate the policy if Yang brought the payments up to date within the next month.

A few days after the offer of reinstatement was mailed out, Yang and Moualor were involved in a motor vehicle accident.  Yang then made a payment to Everest to reinstate the no-fault policy, and filed a PIP claim through Everest related to his car accident.  Everest denied Yang’s claim and argued that Yang did not have a valid no-fault policy when the accident occurred.   Yang then filed suit against Everest.

Everest moved for summary disposition arguing they lawfully cancelled the policy prior to the accident.  Yang argued that his payment following the accident reinstated the policy.  The trial court denied Everest’s motion.   Everest appealed, but the Court of Appeals affirmed, holding that the cancellation notice did not comply with MCL 500.3020(1)(b).   Everest then appealed to the Supreme Court.

In reaching their opinion, the Court analyzed MCL500.3020(1)(b), which states that an insurance policy may be cancelled at any time by the insurer, if the insurer mails a written notice of cancellation to the insured’s last known address, that provides the insured with at least 10 days’ notice of the cancellation.

The Court’s decision centered around the phrase “notice of cancellation,” which they stated had a longstanding interpretation under Michigan common law.    The Court noted that the legislature is presumed to use particular words and phrases in the sense in which they have been judicially interpreted, unless there is clear evidence indicating the legislature intended to abrogate the common-law.  In this instance, there was no evidence that the Legislature intended to alter the common-law meaning of the phrase “notice of cancellation.”

In American Fidelity Co, 187 Mich at 266-267 the Court held that a cancellation notice must “be according to the terms of the policy, and must also have been peremptory, explicit, and unconditional” in order to be valid. Id. at 276.

In Beaumont, 245 Mich at 105, the Court also held that a cancellation notice “is not sufficient if it is equivocal or merely states a desire or intention to cancel.” Id. at 107

Read together under the American Fidelity and Beaumont framework, the Court interpreted the phrase “notice of cancellation,” as used in MCL 500.3020(1)(b), to require cancellation notices to be peremptory, explicit, and unconditional, in order to be valid.

Based on that analysis, the Court held that Everest’s notice of cancellation to Yang did not comply with MCL 500.3020(1)(b), because it was conditional.  The Everest notice specifically conditioned the preemptive cancellation upon Yang’s non-payment. Everest also offered to reinstate the policy for payment.  Therefore, Yang’s policy was deemed to still be in effect at the time of his accident, and Everest faced exposure for the loss.

Yang makes it clear that in order to be effective, a cancellation notice must comply with MCL 500.3020(1)(b).  In order to comply, it must be peremptory, explicit and unconditional.   If the notice of cancellation is equivocal, or merely states a desire or intent to cancel, it will not be effective, and could leave the insurer open to exposure. 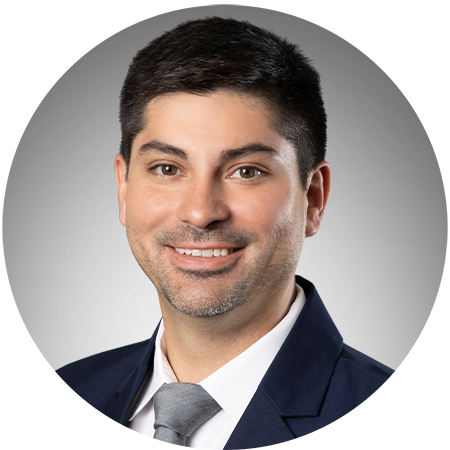