Assignments have become a popular mechanism for medical providers to collect their bills on behalf of patients injured in car accidents. As a result, insurers frequently dispute whether medical providers have valid assignments. MCL 500.3143 prohibits assignments for benefits payable in the future, but it does not provide any temporal restrictions on the meaning of “future.” Unpublished opinions previously provided some clarity, but those decisions are not binding.

In Bronson Health Care Group, Inc. v USAA Cas Ins Co (Docket No. 351050), the Michigan Court of Appeals affirmed the reasoning of those unpublished opinions. It held that form assignments signed during an intake before any medical expenses are incurred are void under the no-fault act.

Brian Moore was injured in a motor vehicle accident and went to Bronson Lakeview Hospital’s emergency room on May 8, 2018. He signed a consent-to-treat form, which contained an “Assignment of Rights” clause. The document “assign[ed] to Bronson all rights to bill for services [he] receive[d]” and “g[a]ve Bronson all rights to pursue payment of [his] bills.” Bronson, slip op at 2. It described in detail the rights that Moore was giving up and the actions that Bronson could take to recover payment for its services from Moore’s insurer. But the assignment did not contain any information about Moore’s specific treatment, the service dates, or the estimated treatment costs.

Moore returned to the emergency room on May 23, 2018, and signed an identical consent-to-treat form with the same “Assignments of Rights” clause.

In response, Bronson contended that MCL 500.3143 did not prohibit the assignments because Moore executed them contemporaneously with his treatment. Bronson reasoned that an expense is incurred when a person signs a contract for services or products, which is what Moore did when he signed the assignments.

The district court denied USAA’s motion for summary disposition. USAA appealed to the circuit court and, ultimately, the Court of Appeals.

The Court of Appeals reversed the trial court’s order in a unanimous decision.

First, the Court explained the plain and unambiguous meaning of the statutory language: “MCL 500.3143 requires a focus on the point in time at which benefits would be payable in comparison to the point in time at which the assignment was executed, precluding an assignment of benefits payable in the future, and the statute does not place any temporal restrictions on defining the ‘future.’” Bronson, slip op at 5. The Court emphasized that the statute prohibits all assignments of future benefits—whether the benefits first become payable “five days or five minutes” after the assignments are executed. Id. at 5-6.

Next, the panel clarified the point at which a claimant incurs no-fault benefits for medical treatment. It explained, “At the exact moment that Moore signed the assignments, he had no right to any benefits because benefits were not payable unless and until, minimally, the treatment was received or services were performed[.]” Id. at 6. A mere agreement to pay was not enough.

The Court of Appeals rejected Bronson’s reliance on Proudfoot v State Farm Mut Ins Co, 469 Mich 476; 673 NW2d 739 (2003). There, the Supreme Court considered whether a plaintiff’s no-fault insurer was obligated to pay benefits for future modifications of her home. The Court held that “‘incur’ means ‘[t]o become liable or subject to, [especially] because of one’s own actions.’” Bronson, slip op at 6, quoting Proudfoot, 469 Mich at 484. The Supreme Court also noted that an insured may become liable for a cost by “‘signing a contract for products or services.’” Id., quoting Proudfoot, 469 Mich at 484 n 4. But because the “‘plaintiff had not yet taken action to become liable for the costs of the proposed home modifications,’” the insurer wasn’t obligated to pay no-fault benefits. Id., quoting Proudfoot, 469 Mich at 484 n 4.

The Court of Appeals explained that Bronson was distinct from Proudfoot because Moore didn’t sign a contract for services that was similar to the hypothetical contract mentioned in Proudfoot. If Moore had left the emergency room department after executing the assignment but before receiving any treatment, he wouldn’t have been subject to liability. That’s because he couldn’t incur any service-related expenses without receiving the treatment. Proudfoot, on the other hand, contemplated “a construction contract that would give rise to liability” if the plaintiff didn’t follow through with the services. Bronson, slip op at 7. Specifically, the insured could face damages for breach of contract if she walked away. So, an insured could incur an expense by signing that type of contract.

In sum, because Moore signed the assignments at issue before Bronson provided any medical treatment, he assigned rights to benefits payable in the future. MCL 500.3143 renders such assignments void. The second assignment was insufficient to transfer Moore’s right to no-fault benefits for the first date of service because it didn’t indicate that he had treatment in the past or reference any specific services or charges. Accordingly, the Court of Appeals reversed the lower courts’ rulings and remanded for entry of judgment in favor of USAA.

Before Bronson, there were no published opinions clearly addressing the validity of assignments signed during service intakes. Bronson demonstrates that an insurer can successfully challenge the viability of an assignment signed before the provider rendered any treatment.

Nonetheless, the 2019 amendments to the no-fault act have limited the need for assignments and the impact of this opinion. Now, medical providers can bring direct actions against insurers to recover no-fault benefits—without an assignment—for treatment provided on or after June 11, 2019. Consequently, issues involving assignments signed during treatment intakes may soon become moot.

If you have questions about the application of MCL 500.3143 to assignments of no-fault benefits, please feel free to contact the author, Ali H. Harajli. More information about Collins Einhorn’s General and Automotive Liability Practice Group is available here. 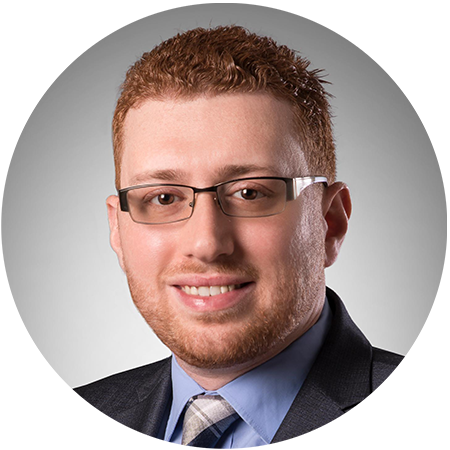