By: Benjamin A. Demsky

Plaintiff Willie Griffin was injured in an accident involving a semi-truck in May 2016. Griffin crashed his motorcycle in an attempt to avoid the truck, which merged into his lane. The police report listed the truck driver’s name, phone number, and address. But the report didn’t contain the truck driver’s insurance information.

Griffin also notified his personal no-fault carrier, Trumbull Insurance Company, of the accident. Trumbull refused to pay any no-fault benefits. Instead, it tried to locate the truck driver. Despite multiple attempts, Trumbull was unsuccessful, so it closed its investigation.

In April 2017—eleven months after the collision—Griffin hired a research company to identify the truck driver’s insurer. The research company was unsuccessful. After that, Griffin took no further action to contact the truck driver or identify his insurer. Instead, he filed a lawsuit, seeking to recover no-fault benefits from Trumbull or to require the Michigan Assigned Claims Plan (MACP) to assign his claim to a servicing insurer.

Five or six months later, an investigator hired by Trumbull successfully served the truck driver with a subpoena. A month later, the driver appeared for a deposition. Through the truck driver’s testimony, the parties determined that Harleysville Insurance Company insured the truck at the time of the accident.

The trial court granted Trumbull’s motion, reasoning that Griffin could’ve identified Harleysville within one year of the accident if he had exercised “reasonable diligence.” Consequently, Trumbull wasn’t the highest-priority insurer. The court also granted the MACP’s motion because Trumbull had successfully identified Harleysville as the highest-priority insurer, and there wasn’t a dispute between two or more insurers. Griffin appealed.

In a 2-1 decision, the Court of Appeals affirmed the trial court’s order.

First, the majority held that the trial court properly granted Trumbull’s motion for summary disposition but for the wrong reasons. It began by explaining the applicable legal framework.

The no-fault act governs the order in which insurers are liable for paying no-fault benefits. Under MCL 500.3114(1), the default rule is that an injured person must seek no-fault benefits from their own insurer. But § 3114 includes several exceptions to this rule. Under these provisions, another insurer may be higher in priority to pay no-fault benefits depending on the facts surrounding the accident. The act also limits insurers’ liability through the one-year-back rule under MCL 500.3145(1). Synthesizing these statutes, the Court of Appeals articulated three takeaways:

Applying this authority, the Court of Appeals held that the default rule didn’t apply, so Griffin couldn’t collect no-fault benefits from Trumbull. Harleysville was higher in priority than Trumbull, and the undisputed facts established that Harleysville could’ve been—and actually was—identified. Thus, the trial court properly granted summary disposition in favor of Trumbull, even though it incorrectly focused on whether Griffin could have identified Harleysville with “reasonable diligence.”

Next, the Court of Appeals rejected Griffin’s argument that the MACP should’ve assigned an insurer to pay no-fault benefits. Griffin argued that MCL 500.3172(3) required the MACP to assign his claim because there was a priority dispute between Trumbull and Harleysville. The no-fault act doesn’t define “dispute,” so the Court of Appeals looked to its dictionary definitions: “‘to engage in argument: debate,’ ‘to struggle against: oppose,’ and ‘to contend over.’” Griffin, slip op at 6. Harleysville wasn’t a party to the lawsuit. And there was no evidence that Harleysville refused to pay no-fault benefits. Harleysville hadn’t disagreed (and, as a non-party, couldn’t have disagreed) with Trumbull’s argument that Harleysville was the highest-priority insurer and responsible for paying no-fault benefits to Griffin. As a result, there was no “dispute.” So the trial court properly dismissed the MACP because MCL 500.3172(3) didn’t apply under the circumstances.

Judge Amy Ronayne Krause authored a partial dissent. She would’ve reversed the trial court’s dismissal of Trumbull. Judge Krause didn’t believe that Frierson provided any guidance or insight into what it means to be “identifiable.” Rather, the parties in Frierson agreed that a higher priority insurer could not be identified. So, in her view, “the majority craft[ed] an ‘absolute impossibility’ standard out of whole cloth,” which had no foundation in Frierson and which violated the objective of the no-fault act. Griffin, slip op at 2 (Krause, J., dissenting).

Additionally, Judge Krause believed that it was the Legislature’s role—not the Court’s role—to draft a standard for determining whether a higher-priority insurer can’t be identified. But if the Court were to create such a rule, she believed that a due-diligence standard would be most consistent with the purposes the of no-fault act. She defined due diligence as “undertaking reasonable, good-faith measures under the circumstances, not necessarily everything possible.” Griffin, slip op at 2 (Krause, J., dissenting), quoting Ickes v Korte, ___ Mich App ___, ___; ___ NW2d ___ (2020) (Docket No. 346490), slip op at p 4.

Ultimately, Judge Krause believed that the trial court should not have dismissed Griffin’s claims considering the facts of the case and the goals and purposes of the no-fault act. She concluded, “[T]o the extent plaintiff was obligated to search for a higher-priority insurer as a precondition to receiving no-fault benefits from his insurer of default priority, plaintiff exercised the requisite due diligence in carrying out that search.” Id. at 4.

On January 4, 2021, Griffin filed an application for leave to appeal in the Michigan Supreme Court. Time will tell whether the Court will grant leave to appeal. As it stands now, Griffin remains binding precedent.

If you have questions about priority issues under MCL 500.3114, please feel free to contact the author, Benjamin A. Demsky. More information about Collins Einhorn’s General and Automotive Liability Practice Group is available here. 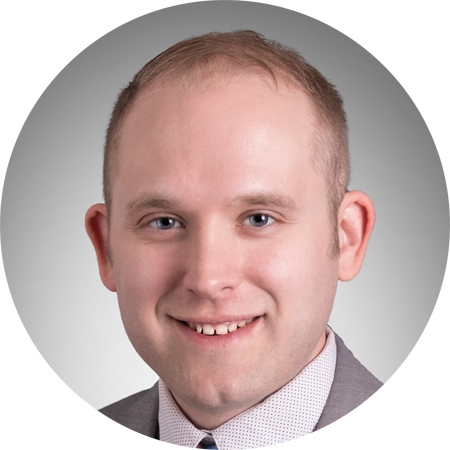