Is That a Real Legal Duty for Negligence?

Sometimes, lawyers try to stretch a defendant’s liability by attempting to create a duty where one hasn’t existed previously, or by fashioning a negligence claim out of an ill-defined duty. In all negligence cases, the issue of duty is an important consideration for summary disposition.

In the unpublished Court of Appeals case of Olshansky v Family Farm & Home, Inc. (Docket No. 350836), the panel held that the plaintiff failed to establish a duty to support her premises-liability and negligent-training-and-supervision claims.

One evening around 7:00 p.m., employees of Defendant Family Farm & Home, Inc., noticed an unusual odor in the store. Several employees and customers also began coughing. A manager wasn’t on duty, so the odor was reported to the designated “key employee” on the floor, Sharon Matkovitch. Around 7:30 p.m., Matkovitch called the store manager and asked for direction.  She was told to close the store, which she did. She also contacted the police and fire department to investigate. The store was closed at 7:45 pm.

An inspection revealed that someone poured drain cleaner onto bags of fertilizer that had been cut open. Significantly, the spill occurred in a portion of the fertilizer pallet that wasn’t easy to see. No one performed testing to identify the chemical in the air.

Plaintiff Angela Olshansky was a customer who came into the store at 7:30 p.m. that evening.  She filed a lawsuit against Family Farm & Home, alleging premises liability and negligent training and supervision. She claimed that exposure to the airborne irritants caused injury. Family Farm moved for summary disposition, and the trial court dismissed Olshansky’s complaint in its entirety.

On appeal, Olshansky argued that the store employees were negligent when they failed to close the store and evacuate customers immediately after they first detected the odor and people began coughing. The Court of Appeals held that this argument failed to demonstrate that the trial court’s grant of summary disposition was improper.

The Court explained that a plaintiff must prove the elements of a negligence claim in order to establish premises liability. Accordingly, it focused first on the duty that Family Farm & Home owed to Olshansky. A shopkeeper has a duty when it knows or should know of a dangerous condition on the premises that an invitee doesn’t know about and fails to fix the defect, guard against it, or warn the invitee. The Court held that Olshansky failed to demonstrate a genuine issue of material fact on the duty element because she failed to produce any evidence that Family Farm & Home had notice of the hazard. There was nothing in the record proving that the employees should have had immediate notice that dangerous chemicals had contaminated the store’s air when the employees noticed the smell and people began coughing. Rather, the record indicated that the source of the airborne irritant was difficult to uncover—the fire department was unable to identify the source of the odor, and there was nothing irregular in the area surrounding the fertilizer pallet where the chemical had spilled. Additionally, this type of incident had never occurred in the store previously, and the employees did, in fact, evacuate the store when they recognized a potential hazard. So the trial court properly dismissed Olshansky’s premises-liability claim.

The Court of Appeals also held that Olshansky failed to demonstrate any issues of fact on the duty and breach elements of her negligent-training-or-supervision claim. The only proofs of negligent training she presented were statements from two employees indicating that they were not trained on how to address airborne contaminants. She did not present any evidence that Family Farm & Home’s failure to provide this training was unreasonable. On the negligent supervision issue, Olshansky relied exclusively on evidence that there was no employee on duty with the specific title of “manager” at the time of the incident. Finding this evidence insufficient, the Court affirmed summary disposition of the negligent training or supervision claim. (The Court of Appeals did not address the fact that a negligent-training-and-supervision claim might be unfounded when the condition of the contaminated air on the premises was the only issue in dispute.)

A Reminder for Litigants

Olshansky highlights the importance of the duty element in all negligence cases, including those sounding in premises liability. The existence of a legal duty is a question of law for the court. Harts v Farmers Ins Exch, 461 Mich 1, 6; 597 NW2d 47, 50 (1999). If a plaintiff fails to identify evidence establishing a genuine issue of material fact regarding the circumstances necessary for a legal duty to arise—as Olshanky did in this case—summary disposition is proper.

If you have questions about obtaining summary disposition in a premises-liability case, please feel free to contact the author, Melanie T. Camara. More information about Collins Einhorn’s General and Automotive Liability Practice Group is available here. 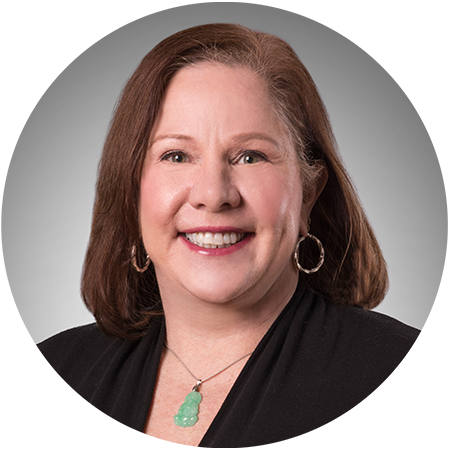 The Denial is in the Details: Combating Fraud in Claims for Attendant Care and Replacement Services
Sue and Be Sued: The Reality of Fee Suits Against Former Clients
Don’t Take Their Word for It – Injured Parties Need More Than Their Own Testimony and Subjective Beliefs to Establish Incurred No-Fault Expenses as “Reasonably Necessary”
DIFS and MAIPF Settlement Impacts Post-Reform Order of Priority for Michigan No-Fault Carriers
0Shares
PrevNext