Not So Fast! The Michigan Court of Appeals Finds that the No-Fault Fee Schedule and Attendant Care Limitations Do Not Apply to Pre-Reform Losses

When the Michigan No-Fault Act was reformed on June 11, 2019, the new legislation introduced, among other changes, limitations on the amounts that a medical provider could charge for treatment as well as the hours that a family member could charge for attendant care.  A question arose almost immediately as to when these changes became effective, and whether they applied to claimants with accidents that occurred prior to reform.  In Andary, et al v USAA, et al, the Michigan Court of Appeals provides an answer, at least for now, that these changes do not apply to accidents that occurred prior to the passage of reform.

Prior to the passage of reform, the only limitation on the amount a provider could seek for reimbursement was that the charge had to be reasonable and customary.  There was also no cap on the amount of hours a family member could charge for attendant care.  When the Michigan No-Fault Act was amended, it introduced a fee schedule which limited reimbursement on a percentage of the corresponding Medicare rate for the treatment provided, or a lesser percentage of the provider’s listed charge or average charge as of January 1, 2019 if no Medicare rate applied.  In addition, family (and most non-professional) provided attendant care was capped at 56 hours per week.

The plaintiffs in this case, Ellen Andary and Phillip Krueger, were both individuals who were injured prior to June 11, 2019.  Andary required 24 hour in-home attendant care, mostly provided by family members.  Andary was covered under a PIP policy issued by USAA Casualty Insurance Company.   Krueger was inpatient at Eisenhower Center, a residential care facility treating individuals with traumatic brain injuries.  Eisenhower’s charges, in large part, were not covered under Medicare, and thus subject to a lower rate of reimbursement under the fee schedule.  Krueger was covered under a PIP policy issued by Citizens Insurance Company of America.

Andary, Krueger, and Eisenhower jointly filed a declaratory action against USAA and Citizens, seeking a finding that their vested contractual rights at the time they were injured were not subject to the new limitations.  In addition, they argued that limitations violated their rights under the Contracts Clause, as well as due process and equal protection, under the Michigan Constitution.  The trial court found in favor of USAA and Citizens.

The Court of Appeals first noted that all statutes are presumed to apply prospectively.  To overcome that presumption, the Legislature must clearly manifest an intent to apply the statute retroactively.

The Court pointed out that the defendants failed to note any language in the No-Fault Act itself, i.e. MCL 500.3101 et seq, that explicitly or implicitly indicated retroactive application.  The defendants relied upon a new provision in the insurance code, MCL 500.2111f, which states that insurance companies must pass along the savings realized by applying the new fee schedule and attendant care limitations to individuals who were injured prior to June 11, 2019.  The Court found that this provision did not mandate implementation of the limitations on the prior claims, only that if there are savings they must be passed along.  Therefore, the Court found that this provision did not manifest an intent by the Legislature to apply the law to claims that occurred prior to the amendment.

The Court also rejected the argument that this was not retroactive application because it only applied to a reduction of benefits that were incurred after reform.  The Court found that this case involved contracts that provided for unlimited benefits, and found that to apply the limitations to these claims would “substantially alter the well settled expectations and long term reliance of individuals injured in auto accidents.”  The Court also noted that, unlike workers compensation which is entirely statutory, PIP benefits are dictated by statute and contract, with agreed upon rights and obligations.

This ruling meant that Andary and Krueger no longer had standing to challenge whether these limitations violated due process and equal protection if applied to claims going forward.  However, the Court found that Eisenhower did have standing, because it had other patients that would be affected by the changes.  The Court remanded the case to the trial court so that parties could further develop the record as to Eisenhower’s challenge.

Judges Shapiro and Patel drafted the majority decision.  Judge Markey drafted a thorough dissenting opinion.  Judge Markey would have affirmed the trial court.  Of note, she rejected the notion that the statute was being applied retroactively, at all, since the obligation for payment of benefits occurs as it accrues, even though the treatment relates to the antecedent event of a prior motor vehicle accident.  Judge Markey also would have found that the amendments to the No-Fault Act, taken as a whole, did manifest an intent to apply to accident prior to the amendments.  In addition, the Contracts Clause was not violated as the Court was required to defer to the legislature, and the law was reasonably related to a significant and legitimate purpose linked to promoting a public good, namely reducing the financial burden on insureds and insurance carriers.

This decision has a wide ranging impact on auto claims in the State of Michigan.  It is expected that counsel for USAA and Citizens will seek to stay the impact on this decision until the Michigan Supreme Court (MSC) passes judgment.  However, at this time, this ruling is the law of the land.

Insurance carriers have now been handling claims for over 3 years under the belief that the fee schedule and attendant care limitations applied regardless of when the accident occurred.  Carriers are now forced to essentially have two separate claims processes, one for accidents prior to reform and another for accidents after reform.  Carriers will have to modify internal financial projections to address this new interpretation of the law.  This also likely impacts the MCCA’s financial forecast, which was forced just months ago to pay out money to the citizens of Michigan due to a surplus created by the new reforms.

In addition, over those three years, carriers have paid claims under the fee schedule.  It is anticipated that medical providers will want additional reimbursement to cover their “reasonable charge.”  If carriers pay those amounts, and the MSC later reverses this decision, there isn’t really a viable mechanism to recoup the additional payments.

We also expect providers and claimants to seek interest and attorney fees on the prior limited payments and a delay on the differential.  As always, carriers can argue that benefits are not past due or unreasonably delayed because a reasonable question of law existed, thus precluding a claim for interest or attorney fees.

Given the havoc this decision will create for insurance carriers, one would hope that the MSC reviews this decision, stays the effect of this ruling, and works swiftly to render a final decision.  Regardless of what side of the issue you are on, no one benefits from continual uncertainly on such an important issue.  So for the meantime, check the date of the accident, you might have to dust off an old copy of the prior No-Fault Act. 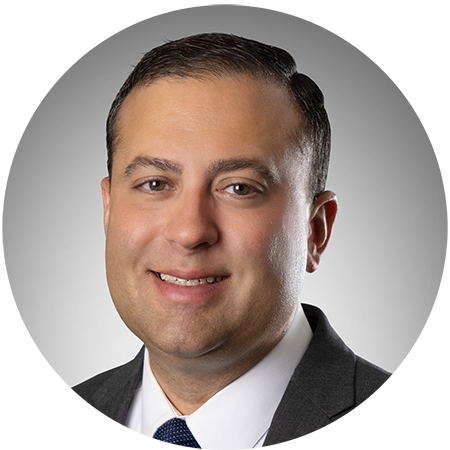