Who Owns the Client File?

A request for the file—whether from your client, your client’s agent, or your client’s new lawyer—will probably put you on high alert. Sure, the request could be harmless curiosity. But the request could also be a red flag—a tip-off that a malpractice suit is on the horizon. Whatever the reason, you should understand your legal and ethical obligations regarding production of and access to the file.

In short, the question of ownership of the file remains unanswered in Michigan. Your best bet is to piece together your obligations from ethics opinions and court decisions in other jurisdictions, which impart two different approaches: the entire-file approach and the end-product approach. They part ways on the conclusion as to ownership of the file, but they join forces on the mindset that your client has some property interest in the file.

The entire-file approach versus the end-product approach

Under the entire-file approach, everything pertaining to the representation belongs to the client. Absent a very compelling reason to withhold documents, the lawyer is required to hand over the entire file to the client.

The Restatement (Third) of the Law Governing Lawyers § 46(2) advocates for the entire-file approach: “On request, a lawyer must allow a client or former client to inspect and copy any document possessed by the lawyer relating to the representation, unless substantial grounds exist to refuse.” The rationale underlying the entire-file approach is that the refusal to provide the client with documents generated in connection with the representation runs afoul of the attorney-client relationship—a fiduciary relationship built on trust, candor, and good faith.

The end-product approach draws a distinction between final product and work product and exempts the latter from the file. The client is entitled to documents that the lawyer filed, sent, or received in connection with the representation—e.g., pleadings, letters, e-mails, executed instruments, discovery or evidentiary exhibits, investigative and expert reports for which the client paid, and other materials “exposed to the public light” during the course of representation. But the client isn’t entitled to documents that led to the creation of the final documents. The lawyer isn’t obligated to produce documents created or assembled for the lawyer’s own purpose, such as legal research and internal memoranda.

The ABA Standing Committee on Ethics and Professional Responsibility endorses the end-product approach. In Formal Opinion 471, the Committee determined that the end-product approach, though the minority approach, is the more functional approach. The Committee reasoned that drafts of documents and other work-product materials are often of relatively little value to the client and burdensome for the lawyer to catalogue and preserve. The Committee contemplated some circumstances in which the lawyer may be required to turn over work product. For example, the Committee noted that when the representation terminates before the matter concludes, protection of the client’s interest may require the lawyer to produce work product.

Which approach should you take?

As noted, R-019 indicates that resolution of the question of ownership of the file is better left to Michigan courts, which haven’t had occasion to determine whether one approach is more practical than the other (or adopt an entirely different approach). But R-019 does, at the very least, seem to gravitate toward the end-product approach. Here are some of the key takeaways from R-019:

You should also consult Formal Ethics Opinion R-012. In R-012, the State Bar of Michigan’s Professional Ethics Committee assumed that the client doesn’t have a per se property interest in the file but observed that the client does have, at least to some degree, a right of access to the file. The Committee concluded that while the lawyer is obligated to return materials that belong to the client, the lawyer isn’t obligated to turn over everything that might be considered work product. The Committee further concluded that the lawyer isn’t required to reproduce pleadings or motions available through a clerk’s office or a court-reporting service. So what should the lawyer turn over? According to the Committee, the lawyer should turn over the following:

. . . [documents] which the lawyer knows or should know may still be necessary to the assertion or defense of the client’s position in a matter for which the applicable statutory limitation period has not expired; information that the client may need, has not previously been given to the client, is not otherwise readily available to the client, and which he client may reasonable expect will be preserved by the lawyer; accurate and complete records of the lawyer’s receipt and distribution of trust funds.

Although R-019 modified R-012 to the extent that the question of ownership of the file should be resolved by Michigan courts, the notion that the client has a right of access to the file remains intact. So until Michigan courts resolve the question of ownership of the file, you’re free to adhere to the end-product approach when you respond to a request for the file. There’s one caveat, though: if your client has sued you for malpractice, you’re required to preserve the entire file. Even work product may be subject to discovery in a malpractice suit.

In short, yes. According to R-019, you may ethically charge your client a reasonable fee for services related to searching, copying, and delivering or providing other means of access to the file. And according to a non-binding federal case that relied on R-019, you may also require pre-payment of a reasonable fee before you provide your client with access to the file. You may not, however, ethically charge your client for retrieving and returning your client’s property (e.g., business records, title certificates, etc.).

Choose your battles wisely. If you want to avoid a dispute over whether you improperly or excessively charged your client for access to the file, you may want to refrain from charging your client for anything other than reproduction and delivery costs.

If you receive a request for the file, you may follow the end-product approach and charge a reasonable fee for copying and providing access to the file (unless and until Michigan courts tell you otherwise). If your client has sued you for malpractice, be sure to preserve the entire file. You may be required to turn over work product.

Be proactive, rather than reactive. If you want to avoid a dispute with your client, you should consider addressing issues involving ownership of the file, cost of production or access to the file, and destruction of the file preemptively—whether in an engagement agreement or a separate disclosure.

One last thing to keep in mind: your obligation to produce or provide access to the file is a good reminder to keep your client apprised of the happenings in your client’s case. In R-012, the Committee opined that you aren’t obligated to turn over documents that you previously provided to your client. If you’re keeping your client informed about developments in the matter and sending your client copies of documents filed or served by the parties, the burden of producing the file at a later point may not be all that burdensome. 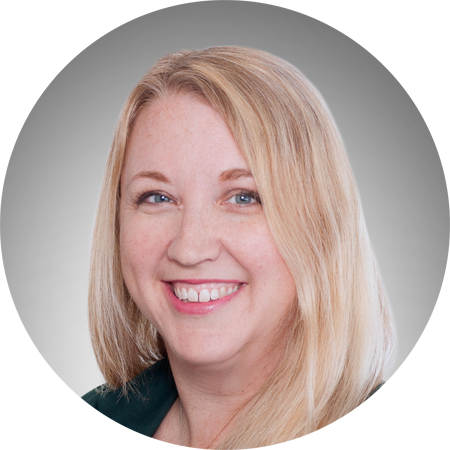