By: and Trent B. Collier

You may think of a referral fee as a purely contractual issue. But the right to collect a fee is an ethical issue, too. Michigan Rule of Professional Conduct 1.5(e) states that attorneys in different firms can divide a fee only if (1) the client doesn’t object, and (2) the total fee is “reasonable.”

The Supreme Court recently expanded on the requirements of MRPC 1.5(e) in Law Offices of Jeffrey Sherbow, PC v Fieger & Fieger, PC—a must-read for any attorney seeking a referral fee in Michigan.

In 2011, Charles Rice consulted with Jeffrey Sherbow, an attorney and sole proprietor, on matters concerning his non-profit organization. Before their next scheduled meeting, tragedy struck. Charles was in a fatal car accident. Dorothy Dixon—his partner and the mother of his son, Dion Rice—Mervie Rice, and Phillip Hill sustained injuries in the accident but survived.

After the accident, Dion contacted Charles’ non-profit organization to request Sherbow’s information. Charles’ non-profit organization told Sherbow that Dion wanted to speak with him. Sherbow reached out to Dion, with whom he had several conversations and in-person meetings. Sherbow also contacted Fieger & Fieger to let the firm know about the potential case. Dion told Sherbow that he contacted and intended to retain the Fieger firm. Mervie contacted the Fieger firm as well.

Phillip, the other party injured in the accident, later signed a retainer agreement with the Fieger firm as well.

The Fieger firm sought partial summary disposition, arguing that the referral agreement violated MRPC 1.5(e). The trial court disagreed and held that MRPC 1.5(e) didn’t require the referring attorney to have a written agreement with the client in order to split the fee. The trial court further held that the Fieger firm’s claim that the agreement violated public policy constituted an affirmative defense for which the Fieger firm carried the burden. Nonetheless, the trial court instructed the jury that Sherbow had to prove that each accident victim was his client in order to recover a referral fee. The jury found that only Dion, acting on behalf of Charles’ estate, was Sherbow’s client.

Sherbow appealed. In a published opinion, the Court of Appeals affirmed in part, reversed in part, vacated in part, and remanded for a new trial. The Court held that (1) MRPC 1.5(e) doesn’t require an attorney-client relationship for recovery of a referral fee, and (2) the Fieger firm’s public-policy argument was an affirmative defense for which the Fieger firm carried the burden of proof.  The Supreme Court granted leave to address both issues.

The Court held that although the trial court erred in instructing the jury that the burden of proof rested with Sherbow, the error prejudiced only Sherbow’s claim for referring Dorothy. Sherbow obviously didn’t speak to Dorothy before the “referral” since she was in a coma. Moreover, Dion agreed that when he met with Sherbow, he was looking for guidance on behalf of his family. Because the jury found the interactions with Dion sufficient to establish an attorney-client relationship with regard to Charles’ estate, the Court couldn’t say with certainty that a properly instructed jury would find the same interactions with Dion insufficient to establish an attorney-client relationship with Dorothy. The Court therefore remanded for a new trial as to Sherbow’s claim for referring Dorothy.

For malpractice attorneys, Sherbow raises an important question: If a referral fee requires an attorney-client relationship, can a client sue an attorney for negligent referral? The Court of Appeals recently answered that question with a “no” in Estate of Carpenter v Weiner & Assoc, PLLC. (Collins Einhorn attorneys Rick Joslin and Trent Collier successfully represented the law firm in Carpenter.)

In Sherbow, the Supreme Court acknowledged Carpenter in a footnote but declined to decide whether MRPC 1.5(e) “gives rise to an action against referring attorneys for negligent referrals.” The Supreme Court has recognized the importance of deferring to the legislature when creating new causes of action, so precedent may dictate that the question be left to lawmakers.

To guarantee your right to a referral fee, you must form an attorney-client relationship before the referral. The relationship may be limited to advising the client to seek the services of another attorney and forming an agreement with the client that limits the relationship to such purpose. 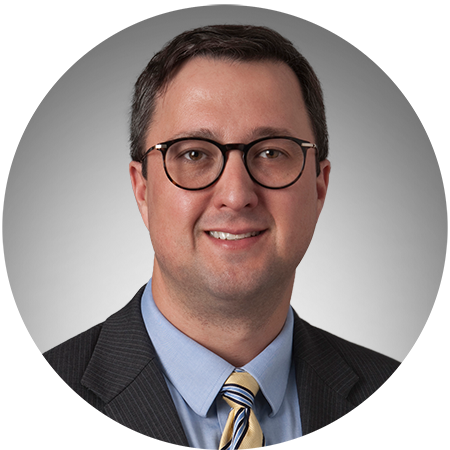