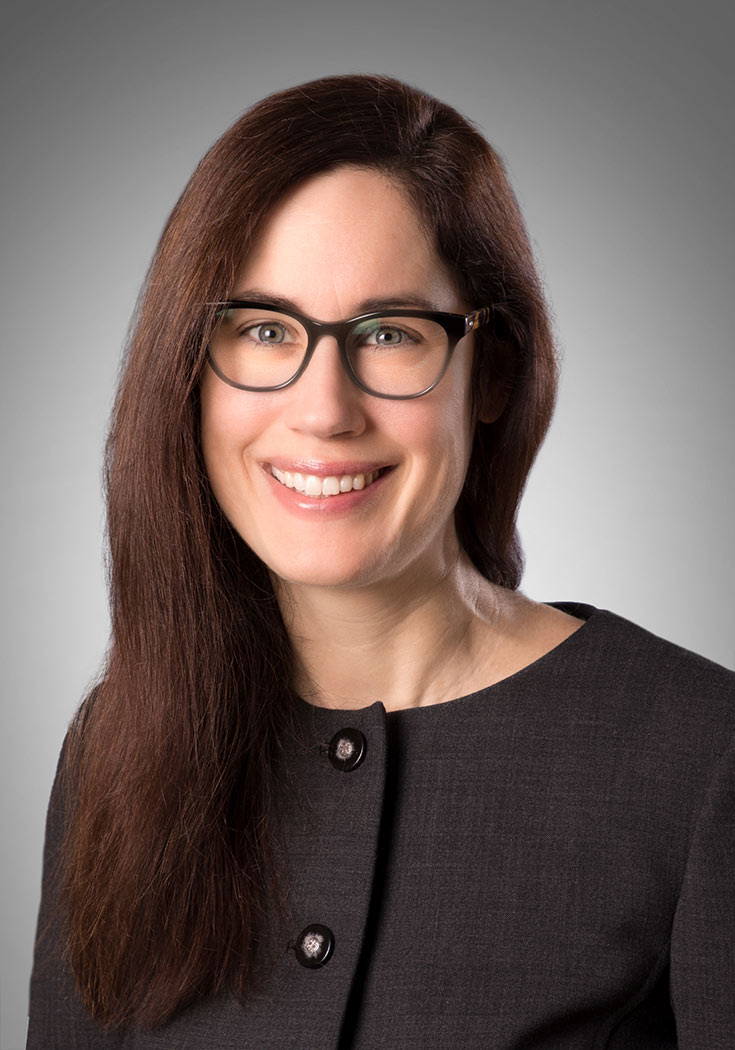 As part of the Appellate Practice Group, Erin helps clients across a variety of disciplines successfully overcome complex legal issues that arise in the course of civil litigation.  Because of Erin’s expertise in dispositive motions, clients often see cost-saving results early on in litigation while protecting their interests on appeal.

Before joining Collins Einhorn, Erin was a law clerk for the Third Judicial Circuit Court of Michigan. In her capacity as a law clerk, Erin authored numerous opinions on standing, statutory construction, collateral estoppel, employment discrimination, retaliation, contracts, and Michigan’s Uniform Commercial Code. Her legal expertise has been relied upon in the courtroom, as dozens of her bench memoranda have been read into the record for rulings on summary disposition. As a skilled research writer, Erin drafted a Petition to the Supreme Court of the United States for Writ of Certiorari.

During law school, Erin served as a title editor on law review and as the research assistant for the Dean of Academics. Erin is also a former high-school French teacher.

During law school, Erin worked in the Federal Pro Se Legal Assistance Clinic in the U.S. District Court for the Eastern District of Michigan. In addition, she interned at the Federal Community Defenders’ Office in Detroit where she successfully advocated for indigent criminal defendants. Erin also volunteers at her church, Lutheran Church of the Redeemer, in Birmingham, Michigan.

Convinced Michigan Supreme Court to deny plaintiffs’ application for leave appeal on whether Michigan should adopt Federal Rule of Civil Procedure 15(c)(1)(C) as a replacement for the misnomer and relation-back doctrines. (September 28, 2022)

Convinced trial court that plaintiff’s claim against defendant insurer was barred by statute of limitations (including COVID-tolling) and the misnomer doctrine did not apply, winning summary disposition in UIM claim for defendant insurer. (April 4, 2022)

Convinced Michigan Supreme Court that Court of Appeals was wrong to deny corporate client’s application for leave to appeal, winning remand as on leave granted. (March 23, 2022)

Convinced Court of Appeals that neither the misnomer doctrine nor the relation-back doctrine applied in case in which plaintiff named wrong corporate defendant, winning peremptory reversal on an application for leave to appeal. (January 4, 2022, reconsideration denied March 4, 2022)

Convinced Court of Appeals to affirm defendant’s motion for summary disposition based on collateral estoppel and dismiss plaintiff’s claim of appeal without oral argument, winning a rare motion to affirm in a legal malpractice case. (November 24, 2021)

Convinced Court of Appeals to affirm summary disposition in favor of corporate defendants on plaintiff’s claims for intentional infliction of emotional distress and interference with the right of burial without mutilation and also grant defendants’ cross-appeal under the parol evidence rule on plaintiff’s breach of contract claim, winning complete dismissal of all counts in complex burial case. (November 8, 2021)

Convinced trial court that plaintiffs’ allegations for § 1983 violations and conspiracy to commit § 1983 violations failed to state a claim upon which relief could be granted, winning two motions to dismiss under FRCP 12(b)(6) in legal malpractice case. (September 24, 2021)

Convinced trial court on reconsideration to grant counter-motion under MCR 2.116(C)(10) for attorney’s fees and motion to dismiss under MCR 2.116(C)(6) in light of separate case, winning summary disposition for insurer. (August 26, 2021)

Convinced trial court that plaintiff’s claim for excessive rehabilitation services was not an allowable expense under the no-fault act, winning summary disposition for insurer. (July 1, 2021)

Convinced trial court that plaintiff failed to establish the elements of breach and proximate cause in high-exposure negligence claim, winning summary disposition for defendants. (June 21, 2021)

Convinced court that under the no-fault act the insurer is not liable for the balance of a provider’s bill in catastrophic PIP claim, winning summary disposition for insurer. (January 22, 2021)

Convinced appellate court that MRIs ordered by a chiropractor are non-reimbursable under the no-fault act, winning appeal for insurer. (October 8, 2020)

Convinced court that it did not retain jurisdiction on a plaintiff’s claim for express breach of contract, negligence, and intentional tort for workplace injury, and won summary disposition for national logistics company (June 18, 2020)

In Craig v Wegienka, the plaintiff raised a variety of causation and due-process arguments in an effort to overturn the trial court’s grant of summary disposition in an automobile-negligence claim. CEF attorney Erin Rodenhouse obtained a Court of Appeals’ opinion affirming the trial court. Wearing all black, Craig ran into a five-lane highway with no…

Plaintiff was a patron at a local movie theater who slipped and fell in a concession line near the entrance of the theater.  During discovery evidence established that it had been raining hard the day of Plaintiff’s fall.  Additionally, surveillance video was produced which showed at least three wet floor signs in the entrance and…

Attorneys Lauren A. Frederick and Erin J. Rodenhouse obtained summary disposition on a plaintiff’s claim for vocational rehabilitation expenses in a PIP case. Plaintiff claimed that his no-fault insurer was liable for his college tuition and book expenses because they constituted allowable expenses under the no-fault act. The no-fault insurer filed a motion for summary…

We are pleased to announce that attorney Erin J. Rodenhouse has been elected to the Birmingham Board of Zoning Appeals. The essential purpose of zoning is to control community development by regulating land use. The Board of Zoning Appeals reviews requests for dimensional, land-use, and sign variances based on enumerated factors in the city’s charter….

In early July 2020, the Michigan Court of Appeals held in Haydaw v Farm Bureau Ins Co, ___ Mich App __; ___ NW2d ___ (2020) (Docket No. 345516), that an insurer can’t rely on an insured’s misrepresentations during discovery to void an insurance policy under a fraud provision. Haydaw preserves insurers’ ability to void policies…