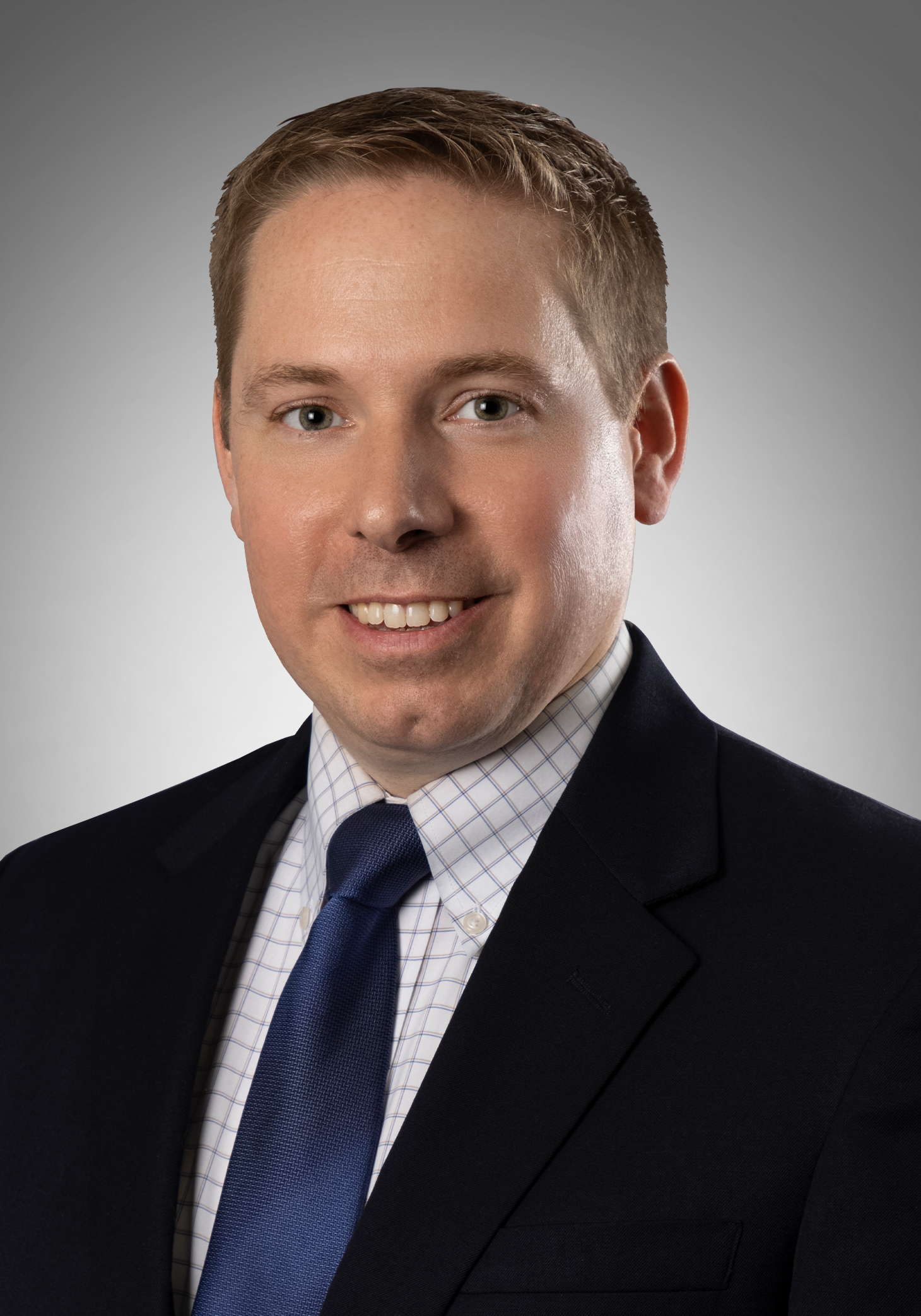 Mike’s practice focuses on appellate and post-verdict litigation. After clerking for Michigan Supreme Court Justice Robert P. Young, Jr., Mike worked in the commercial-litigation department of a large Detroit-area law firm before joining Collins Einhorn’s appellate department. The majority of Mike’s practice involves briefing and oral advocacy in state and federal appeals. But his practice reaches beyond appellate courts. He has been retained to work with trial counsel to minimize risk exposure and posture a case for appeal through dispositive and other pre-trial motions. His post-trial work commonly includes addressing thorny entry-of-judgment issues, prevailing-party costs, and post-judgment motion practice aimed at framing issues for appeal.

Mike’s successful appellate practice is rooted in thorough research and readable, punchy writing. A federal district court judge commenting on a brief that Mike wrote said that it “had a special ability to take complicated issues and make them as straightforward as possible for me to understand.” 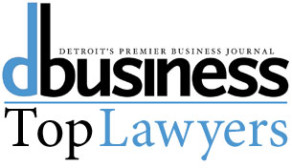 Rock v Crocker, 499 Mich 247 (2016)—obtained leave to appeal and, after arguing before the full court, obtained opinion vacating part of the Court of Appeals’ opinion on an evidentiary issue concerning admissibility of alleged breaches that did not cause the alleged injury.

Weatherly v Baga, unpublished opinion per curiam of the Court of Appeals, issued Mar. 3, 2016 (Docket No. 324566); 2016 WL 857226-after successful application for leave to appeal, obtained reversal of order denying summary disposition based on causation in wrongful-death action.

Kariott v Roche, unpublished opinion per curiam of the Court of Appeals, issued May 26, 2016 (Docket No. 326444); 2016 WL 3030914—successfully defended summary disposition in favor of defendant based on affidavit-of-merit issue.

DeVine v School District – Plaintiff filed suit against the School District alleging that the district was liable for the actions of one of its teachers who had engaged in a consensual sexual relationship with the plaintiff. The trial court granted the School District’s motion for summary disposition on the basis of governmental immunity and dismissed the suit in its entirety.

Farris v McKaig, 342 Mich App 349; 920 NW2d 377 (2018)—established new, controlling precedent under which lawyers-guardian ad litems who are appointed in child-protective proceedings are immune from civil liability when acting within the scope of their authority.

Ghannam v Hamameh, unpublished opinion per curiam of the Court of Appeals, issued May 22, 2014 (Docket No. 313568); 2014 WL 2158174—obtained opinion affirming summary disposition for defendant attorney based on judicial proceedings privilege.

Is Your Brief Conversational? It Should Be, Michigan Defense Quarterly, Volume 35, Number 3 (2019)

Get Out Now or Risk Being Taken Out By Force: Judicial Review of State Government Emergency Power Following a Natural Disaster, 57 Case Wes. Res. L. Rev. 265 (2006)

The idiom “give with one hand and take away with the other” aptly describes aspects of the Supreme Court’s opinion in Estate of Corrado v Rieck. The Court held that a claim based on violation of a nursing home’s standing order is for medical malpractice but it fails as a matter of law. Then it…

In December 2020, I wrote about a Court of Appeals case holding that courts cannot permit parties to video record their medical examinations. It was proof that everything isn’t recorded, I said. Forget that. We’ll have to look for proof elsewhere because the Supreme Court reversed in Schaumann-Beltran v Gemmete. The facts and holding in Schaumann-Beltran are…

Michigan law on damages in wrongful-death actions has been unsettled for several years. The difficulty stems from a 2016 Court of Appeals opinion that conflicts with a 1948 Supreme Court opinion. Appellate attorney Michael J. Cook authored an amicus curie brief on the issue for the Michigan Defense Trial Counsel, Inc. in Estate of Jumaa…

In Kostadinovski v Harrington, the plaintiffs wanted to replace their original medical-malpractice claims, which they abandoned, with an entirely new theory. On remand from a prior appeal, the trial court ruled that the plaintiffs could not amend their notice of intent to sue to include the new claim. The Court of Appeals affirmed. Collins Einhorn…

An interesting debate played out in the concurring statements to a Supreme Court decision issued earlier today. The topic was Scarsella v Pollak, a 20-year-old Supreme Court decision in a medical-malpractice case. The decision issued today didn’t involve a medical-malpractice case, but it established that there are currently at least two votes to overrule Scarsella….

There are some saints in the legal profession. Attorneys who accept appointments to represent the best interests of a minor in child-protective proceedings are among them. Their work isn’t lucrative, and the stakes are exceptionally high. Collins Einhorn attorneys recently prevailed in an immunity defense of such an attorney―establishing new, controlling precedent in the process….

Attorney Michael J. Cook was recently appointed to the Board of Directors of the Michigan Defense Trial Counsel (MDTC). The MDTC is an association of lawyers in the State of Michigan dedicated to representing individuals and corporations in civil litigation. As a member of the board, Cook reflects on his experience in the organization: “The…

The plaintiff filed a legal-malpractice complaint against his criminal-defense lawyer. His claims were based on his conviction for assault with intent to do great bodily harm less than murder—he stabbed a man in the neck during a fight at a hookah lounge. After his conviction, the plaintiff filed a motion arguing that he did not receive effective assistance of counsel. The criminal court denied the motion. In the civil case, David Anderson represented the criminal-defense lawyer and obtained summary dismissal. He argued, and the court agreed, that the trial court’s finding in the criminal case that plaintiff did, in fact, receive effective assistance of counsel collaterally estopped him from claiming that his lawyer committed malpractice. The plaintiff appealed and Michael Cook successfully obtained a Michigan Court of Appeals opinion affirming the trial court’s ruling.

Collins Einhorn attorneys Theresa M. Asoklis and Michael J. Cook successfully defended a complex, large damage, legal-malpractice case. After the trial court denied two motions for summary disposition, Asoklis and Cook, obtained a rare grant of leave to appeal from the Court of Appeals. The appellate court then reversed, finding that the trial court should have granted summary disposition to the defendants based on the expiration of the statute of limitations. To read further, click on the headline.

Attorneys Kellie L. Howard-Goudy and Michael J. Cook obtained summary disposition on behalf of a public school district and the school itself, cutting off a multimillion dollar liability exposure. The plaintiff, arguing the case in Wayne County Circuit Court, asserted negligence and gross negligence claims based on a paralyzing injury he suffered during football practice. He claimed that the operation of the school football team was negligent and unauthorized. Howard-Goudy and Cook asserted and the Court agreed that the school district, which was an “educational authority” instead of a typical school district, was entitled to governmental immunity.

We are pleased to announce that attorneys Rick Braun, Michael J. Cook and Nicole E. Wilinski have been elected partners in the firm. Rick Braun is a partner in the firm’s nationally recognized mass-tort defense group. He focuses his practice on the defense of asbestos claims, and has defended premises owners, non-manufacturing suppliers, and manufacturers…

On June 3, 2015, attorneys Richard A. Joslin and Michael J. Cook﻿ obtained a written opinion and order granting summary disposition in favor of their client, a school district. The plaintiff filed suit against the school district alleging that the district was liable for the actions of a teacher who had a consensual sexual relationship with…

It isn’t unusual for a trial court to order one party to pay another party’s attorney fees at the end of litigation. There are several court rules and statutes that require such orders. But when attorney fees are awarded, the question quickly becomes “how much?” When the trial court awards less than what the party…