Sue and Be Sued: The Reality of Fee Suits Against Former Clients

“A lawyer’s time and advice are his stock in trade,” Abraham Lincoln once famously said. Unless you agree to handle a matter pro bono, you expect payment for your time and advice. But, like most lawyers, you’ve probably had clients who haven’t made good on their agreement to pay. Should you sue a former client for unpaid fees? After all, you slogged away and burned the midnight oil for the benefit of your former client. Perhaps you obtained a favorable outcome, too. No matter the result, you provided a service. You deserve to be paid. But before you sue a former client for unpaid fees, ponder the considerations on the other side of the ledger. From a risk-management perspective, you’ll likely conclude that commencing litigation for unpaid fees is a high-risk, low-reward practice.

Is the amount at stake worth your time and effort?

Deciding whether to sue a former client for unpaid fees requires a cost-benefit analysis. The amount at stake and the cost of the litigation aren’t the only factors that will impact your net recovery.

A fee suit will divert your attention away from your practice and likely result in lost billable time. Depending on the circumstances―such as the amount at stake, the reason for the dispute, and the defense to the claim―you might be able to reach a speedy resolution through a negotiated payment plan or perhaps a half-day trial. But a fee suit can also require substantial resources, particularly when you’re trying to recover a significant amount of unpaid fees. Consider Law Firm v Ajluni, as but one example. There, a law firm sued a former client for unpaid fees. The trial-court proceedings, which included a trial, lasted two years. And the appellate proceedings, which included appeals and cross-appeals in both the Court of Appeals and the Supreme Court, took another three years.

Litigating a fee suit, moreover, is only half the battle. If you receive a judgment, you’re also going to spend time and effort collecting the judgment. That segues to another reason you may want to think twice before pursuing a fee case. Will a judgment even be collectible? A non-paying client may very well be judgment proof. Perhaps needless to say, a fee suit against a former client with no assets involves a significant amount of risk for only a theoretical reward.

As discussed in more detail below, you should also consider the possibility that a fee claim against a former client will result in a counterclaim for malpractice.

Unless the amount at stake is of the make-it-or-break-it value, pursuing a fee case against a former client is probably unwise. Your time and effort is better spent trying to resolve the fee dispute outside of litigation and, if unsuccessful, writing off the debt and moving on to better-paying clientele.

Will a fee case be met with a counterclaim for malpractice?

An estimated 40-60% of malpractice claims have their genesis as counterclaims in suits for unpaid fees. The best defense is a good offense, right? Your fee suit can quickly become less about your hours or rates and more about your actions in the underlying case, which your former client and his attorney will place under a microscope and scrutinize. That might not be the full extent, either. A grievance, a negative online review, or an unsavory social-media post isn’t outside the realm of possibilities.

While the incurrence of costs and fees in defending a counterclaim for malpractice may be enough to deter you, consider another drawback. You’ll have to disclose a malpractice claim to your malpractice carrier, which may increase your premiums for malpractice insurance the following renewal period.

Even if you’re confident that the statute of limitations on a potential counterclaim has expired, you’re not necessarily out of the woods. Under MCL 600.5823, colloquially referred to as the counterclaim-savings statute:

The statute essentially allows your former client to bring an otherwise time-barred counterclaim to set-off the amount of your claim for unpaid fees―unless, of course, the statute of limitations on her counterclaim ran before your claim accrued. In other words, you wouldn’t be able to rely on the statute of limitations as a defense, and your former client wouldn’t be able to recover damages in excess of the amount of your claim for unpaid fees.

In short, you should wait to bring a claim for unpaid fees until the statute of limitations for any potential counterclaim expires. Even then, though, you should be mindful that you may still be forced to incur costs and fees associated with defending a counterclaim for malpractice. And to add insult to injury, you may be looking at increased premiums for malpractice insurance.

Will a suit for unpaid fees negatively impact your LPL insurance coverage?

How can you avoid a fee dispute?

The best way to avoid the risks inherent in fee disputes is to plan ahead. Always put your fee agreement in writing. Consider placing a provision in your fee agreement that requires any fee dispute to be submitted to binding arbitration. (See our previous post concerning the enforceability of an arbitration clause in a fee agreement.) Clearly communicate your expectations of timely payment to your client. Request that your client deposit funds in your trust account to cover anticipated costs and fees. And request that your client replenish your trust account when the balance gets low. (As a practical matter, an inability to afford a retainer at the outset of the representation may foreshadow an inability to pay down the line.) Bill your services at regular intervals to avoid sticker shock.

Of course, there are going to be times when even the best practices aren’t successful. If, despite all of your proactive measures, your client still refuses to pay, seek to withdraw from the representation before the amount owing becomes unmanageable. 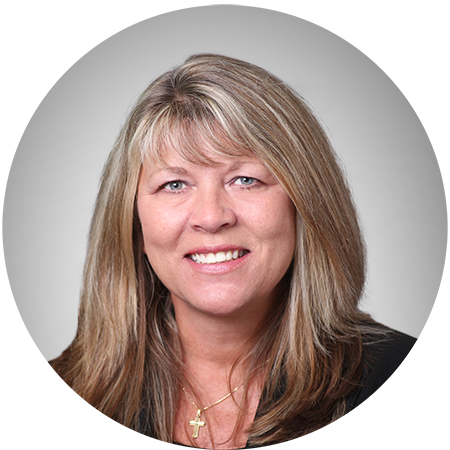